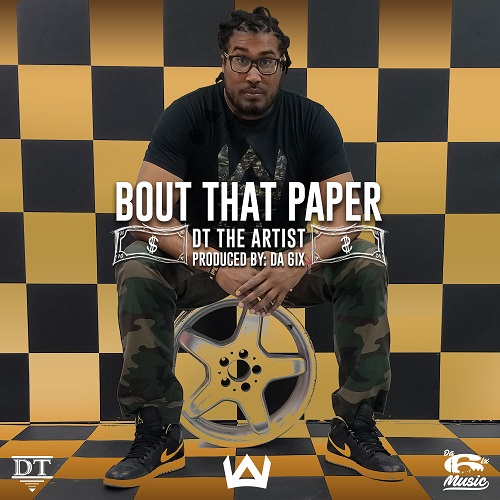 NWJ Recording Artist “DT The Artist” is set to Release his First Full Length album, under the NWJ Label in Poland. The Album entitled “Doing Numbers” is Solely produced by Da 6ix (@officialda6ixx) and features appearances by Artists such as Bonnie Godiva, Ray Robinson, Brooklyn, DRU, DSTNY, Thrust, MoSpence, Chief Reckah, Ice the one, Ckandy and Coco Leah. With Lead Singles including “Bout That Paper”, “Flip”, and “Siema”.

Dubbing his style “Motivational Party Rap” DT looks forward to touring the “Doing Numbers” Album across Europe in Partnership with The Hook and Co, and the Northern Touch Music Festival. After touring Europe, DT will join the NWJ label, touring In Poland, Performing as the opening act for the Label Boss TEDE, DT brings energy, excitement and catchy lyrics to every performance. After touring in November/December 2018 with TEDE on the #NOJITour DT was able to become a part of the brotherhood of NWJ. With TEDE, Olog, Jakuza, Brewa, Mlody G, DJ Few Few, and Zgrywus.

Known for traveling, DT has been building an international team to bring his brand worldwide. With his Label NWJ based in Poland, Producer based in Windsor, Canada, Videographer, and Artist (Steel DC) based out of St. Maarten, and managed by One Mission Management (Based In Atlanta)

Look out for Doing Numbers Officially in Early June, on every platform.

To Keep up with DT: