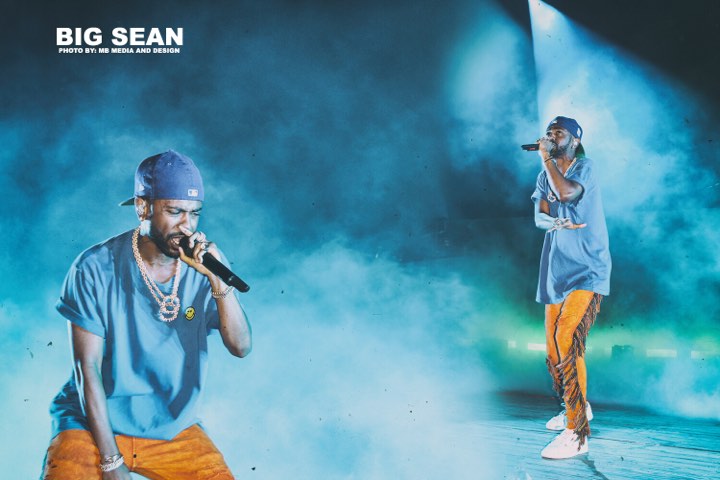 This past weekend, we attended the Billboard Hot 100 Music Festival 2017 and had an amazing time! If you’ve never been to the Hot 100 Fest, then your missing out on one of the best festivals of the year! The 2-day Festival was held at Northwell Health at Jones Beach Theater in Long Island, N.Y. We had the chance to see 58 acts perform on 4 stages throughout the venue. The Festival Village gave everyone the chance to socialize, eat, interact with vendors for games, prizes and more.

The weather was beautiful as a ton of performers were ready for Day One of the Hot 100 Fest. Tinashe, Rick Ross, Kodie Shane, Blackbear, Jason Caruso, Ugly God, Ty Dolla $ign, Party Favor, Shaed and more were set to hit the stage. Gucci Mane, Zedd, Demi Lovato and Big Sean were the headliners on the main stage performing a slew of their hit songs for a packed audience. Zedd welcomed Echosmith singer Sydney Sierota to perform ‘Cool Kids’ while Blackbear was accompanied by Phoebe Ryan for a recreation of the song ‘Forgetting All About You.’ The day ended with Big Sean emerging from a cloud of smoke to perform ‘Moves,’ ‘Paradise,’ ‘Mercy’ and more.

Day Two kicked off with a bang as fans were ready for the final day of the Billboard Hot 100 Fest. Ayo & Teo, Echosmith, Cash Cash, Le Youth, Lil Yachty, T-Pain, Yung Thug, Maggie Lindemann and Playboi Carti were just a few of the anticipated artists. DJ Khaled, Marshmello, Major Lazer and Camila Cabello gave the crowd star-studded headlining performances. DJ Khaled brought out his adorable son Asahd along with Fat Joe who performed ‘All The Way Up,’ ‘What’s Love,’ ‘Lean Back,’ ‘Make It Rain’ and ‘So Excited.’ Lil Yachty brought out A$AP Ferg to perform his songs ‘New Level’ and ‘Work.’ Bella Thorne showed the crowd she had some moves at the end of Young Thug’s set dancing on stage to his single ‘Best Friend.’ Marshmello kicked it in the Artist Village, taking photos with fans before his set while Camila Cabello joined Major Lazer on stage for their collaboration on the song ‘Know No Better.’ Major Lazer also brought out J Balvin to perform ‘Mi Gente.’ Waka Flocka closed the Hot 100 Music Festival with a head banging performance. He even had the Deaf & HOH Community reps with him to sign the show for the hearing impaired.

The Billboard Hot 100 Festival was amazing and you can see the photos and video recap from the full Festival weekend below. Special thanks to Billboard, Live Nation and all the fans at the Hot 100 Music Festival for making this weekend the best ever!!