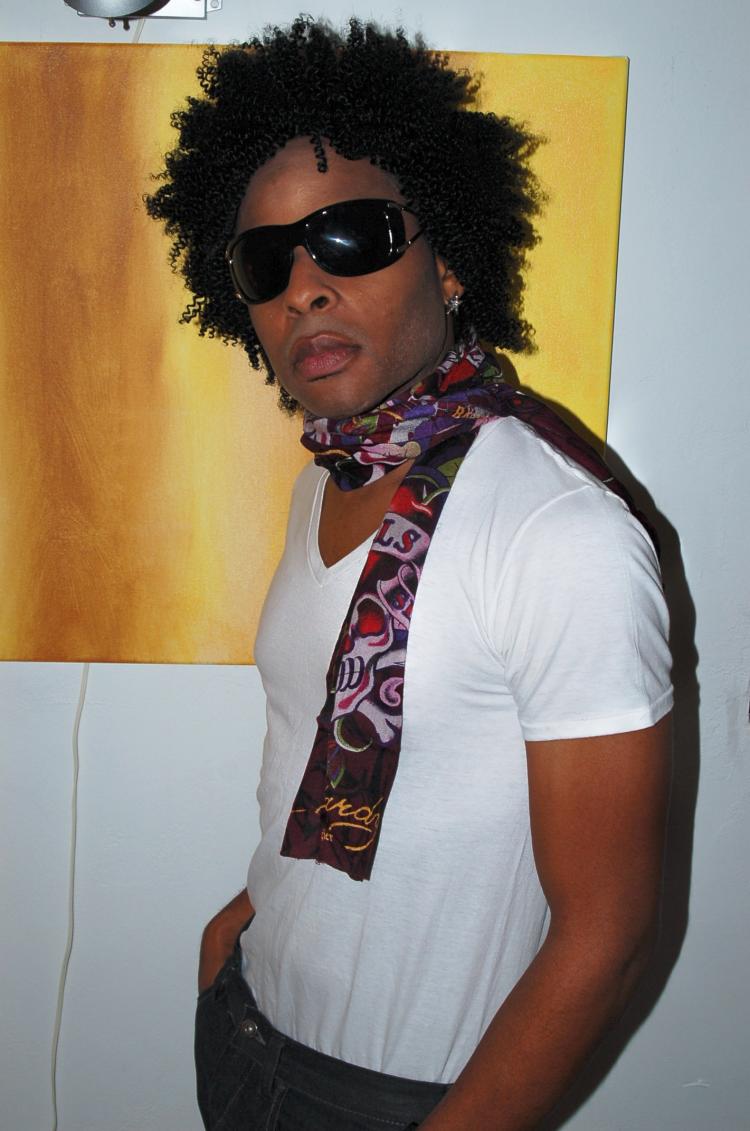 MIAMI, FL – If you’re looking for an artist who perfectly combines sounds from today, yesterday
and tomorrow, look no further than Wibby White.

The Miami, Florida native has been making music for a few years and is beginning to make a
name for himself internationally. His most recent EP, “Optimistic,” has garnered a lot of
attention and radio play across Europe – so much so that he has become an international
Phenom through organization, unsolicited airplay. With songs like “Black Disco Baby,” “Do You
Really Want to Hurt Me (remix),” “Move (feat. Ms. Jha Jha),” “I Just Wanna Be Your Everything
(feat. Flykidd Jr),” and “Optimistic (ext. Club mix) ft. DJ Bryan Reyes,” Wibby White is leaving an
indelible impression on listeners all over the world.

His most recent album, “Black Disco,” is also catching the attention of listeners all over the U.S.
And with a sound as unique as his, it makes sense that so many people would sit up and take
notice. Self-described as a unique blend of retro, disco, soul and pop – Wibby White’s style is
one-of- a-kind.

“I am not afraid of myself or my influences, as it relates to what’s on radio today,” he said. “I
am very eclectic, and I’m not afraid of what other people’s perception is of me. Correct or
incorrect, I know how to let them have their way.”

Though music is something Wibby White has always had a passion for, it was the business side
of the industry that first attracted him. He attended the Art Institute of Fort Lauderdale College
in Fort Lauderdale, Florida, studying the music video side of the industry. After college he
started his own production company, Pandemonium Productions Worldwide, and four years
later had released his first full-length album, “The Trendsetter.” Since then he has continued to
make his own music while also helping new and aspiring young artists find their own voice.
“Understanding business and being a businessman, I’ve come to the conclusion that no one
owns the music industry,” White said. “The music industry is you and me – the independent
artist, the manager, the producer, the songwriter, etc. If you know your business, get in where
you fit in. And that’s what I did.”

His success in 2017 made that year one of the best in his career. “Optimistic” is something that
he’s particularly proud of and he’s thrilled to see it gain so much attention internationally. The
project explores themes of pop and soul through the lens of an “upbeat, sophisticated night
life.” White describes the lyrics as positive and motivational, with subjects talk about pride,
individuality and freedom. In many ways he said his music today is an eclectic mix of his favorite
sounds, the work he’s done over the years and the many artists who have inspired him
throughout his life.

As White continues to ride the waves of success following the release of “Optimistic,” he’s also
hard at work on new music. He said he hopes to release a new single in the spring of 2018
called “Soo Alone.”

“It will be my first mid-temp R&B song,” he said. “The video will be epic and will be available on my YouTube Channel, Wibby White YouTube. It will also be available at WibbyWhite.net.”