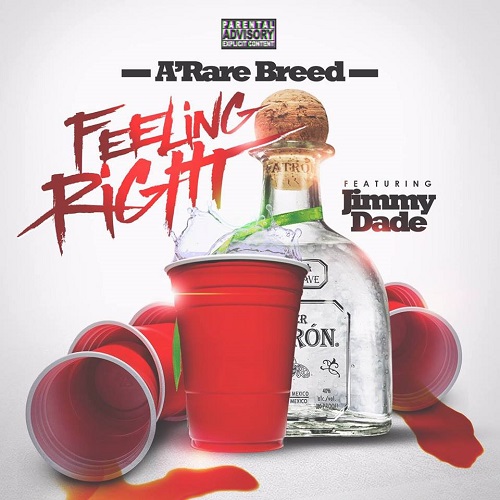 A’RareBreed a Miami based hip-hop artist who lyrical word play as well as his great story telling abilities is one for conversation. A’RareBreed comes from the tough streets of Miami-Dade County and finds a way out through his music and life experiences. He feels as if he is a one of a kind artist who can deliver under any means. The name came from everyone around him always telling him that he was different. He started freestyle rapping in high school and everyone told him he needed to take it seriously. Music is a form of therapy and self expression allowing an escape or way out. “I make what I like to call reality music about things I’ve seen and been through.” Ararebreed released his single “Believe Dat” in 2015 where he has the Miami streets buzzing ever since, following up his new single release “Rock N Roll” in 2016. He has been getting booked through out South Florida not only because of his music but for his great stage presences and for the fact that he has female back up dancers from 2Talented Ent. He had the opportunity to open up for Young Jeezy in May 2016 where he perform his singles and the crowd reaction was unbelievable. From his stage deliverance and his backup dancers amazing dance moves the crowd was bound to enjoy such an amazing performance. Ararebreed has been featured on major publication platforms such as Thisis50.com, Hot97, MTV as well as featured in XXL Magazine Artist To Watch column. Goals in the music industry are to “make it telling my story and to get my family out the situation they are. Make others see that because you are from where I’m from you don’t just have to sell dope and rob to be somebody. ” Ararebreed performed at 2016 A3C Festival in Atlanta, GA where he opened up for Migos, Rick Ross, Bun B and many more. He is currently working on his EP that is subject to be released later on this year.