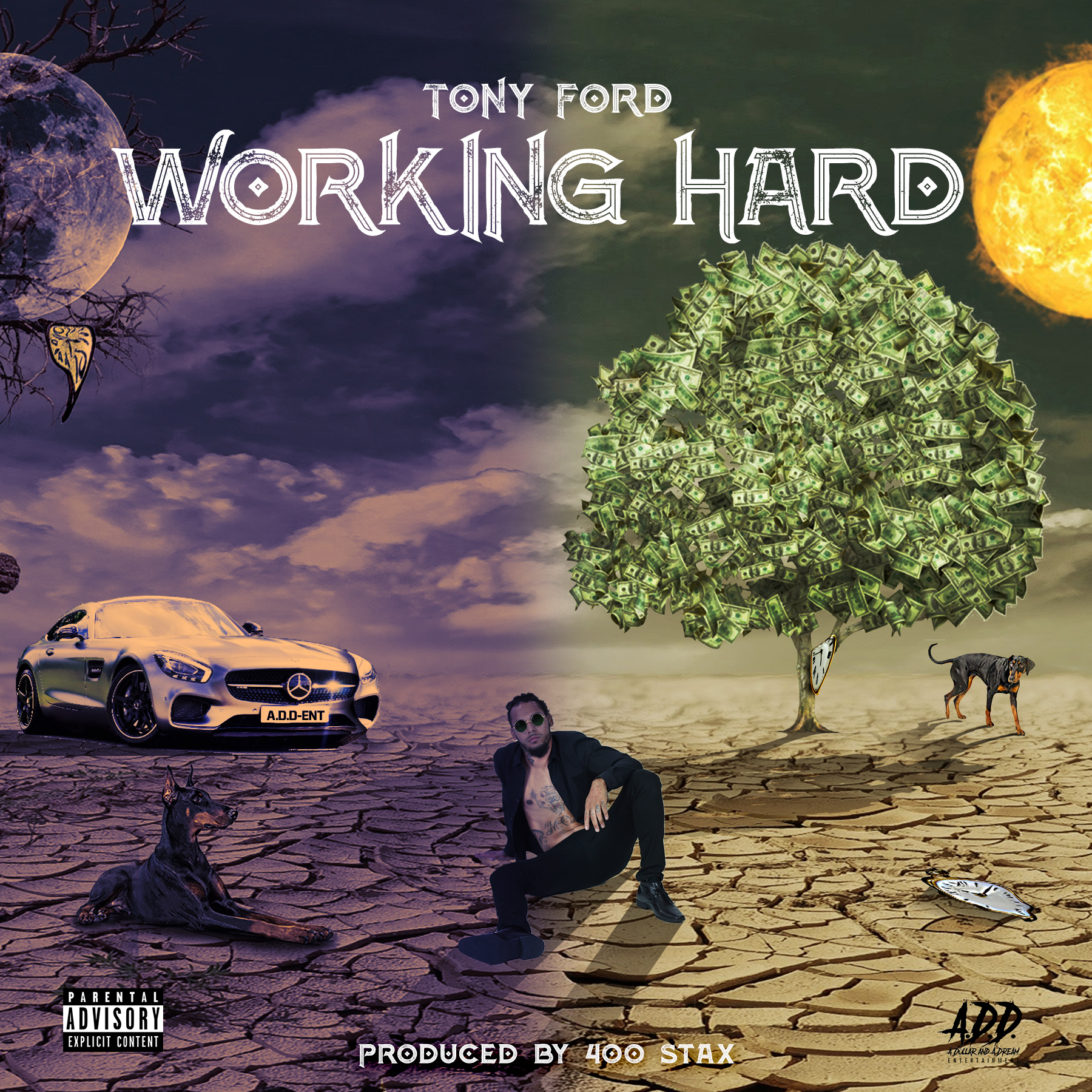 CHARLOTTE, NC – A new EP that’s perfect for the fall season is set to be launched on Halloween Night by Charlotte, North Carolina rapper, Tony Ford.

“The Million Dollar Scarecrow” is a six-track project that embraces the imagery of a scarecrow and uses that imagery as a metaphor for the various ways a person can work toward trying to achieve their dreams.

“The idea has to do with someone working in the field for a long time, day-in and day-out, and is overlooked until someone goes out and takes the time to look inside them and see that they’re really worth a million dollars,” Ford said. “I’ve been in (the music industry) for awhile and I’ve been overlooked, but with this project people can look inside and see what I’ve got in store for them. Some tracks are straight rap, some are R&B, but there’s a good mixture of sounds in there. It’s a very versatile project.”

Every song on the project embraces the scarecrow persona. From “Working Hard,” which is the first single off the project, to “I Stand Alone,” “The Crows,” “Hanging” and “Field of Dreams” – they all nod to the scarecrow. And instead of doing single music videos for those tracks, Ford said he’s doing a short-film for the entire project that will take a cue from “The Wizard of Oz,” albeit told from the Scarecrow’s perspective. He said the short film should be released around Thanksgiving.

The entire project is a perfect example of Ford’s unique sound and style, and his willingness to try anything to bring people a new experience. He’s never been an artist who holds back, and yet even when he brings new sounds he keeps his foundation as a strong lyricist who relates with others through shared life experiences that revolve around relationships and growing up in
a tough neighborhood.

“Sometimes I write as an escape from my reality, and speak what I want into existence,” he said. “I want to be known for being real and bringing the real-life experiences. That’s something people can relate to. I’m doing it for the people who are coming from the struggle, or who are going through relationship struggles, or who haven’t had the best opportunities in life and are striving for the best. I’m doing it for the underdogs.”

Inspired by music greats such as Michael Jackson, Prince, Jimmy Hendrix, Bone Thugs N Harmony, Tupac, Lil Wayne and Drake, Ford began writing his own rhymes when was only 9 years old. But it wasn’t until age 17 that he first started performing. He was raised by his grandparents in the notorious Beatties Ford Road neighborhood of Charlotte, which is eventually what led him to adopt Ford as part of his stage name. By 2015, his singles “Stealing My Heart” and “It Takes Some Money” were gaining him attention along the East Coast, and then with 2017’s “Light A Candle” he really jumped to the national stage. He joined DJ Chuck T’s Carolina vs. Everyone Showcase and was awarded third place in April of this year. And most recently his mixtape “No Masters” has been making waves across the U.S.

However, Ford acknowledges that his grandfather was his biggest musical influence. All the others helped play a role in the development of his style as an artist but it was his grandfather who first inspired him to write at 9.  He fondly remembers him doing rock and roll then gospel, writing and singing around the house, and giving him the chance to play his records. This developed his musicality.

Ali – I Do The Numbers (Music Video)

They acclaimed popularity with the release of back-to-back hits "No Apologizes" and "Dope Boyz." Now, OG Layla Johnson and