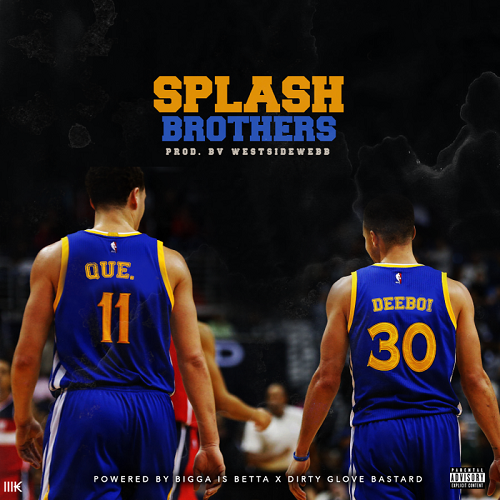 Bigga Rankin has yet to stop his lifelong mission as a dj to introduce the world to upcoming rap stars. This has been, is, and will continue to be what his brand is known for and consistent in accomplishing. In the year 2016, we decided it was time to take his brand to another realm and Bigga is Betta kicked off with a bang. Bigga is Betta started taking artists on the road under the now coined term “Bigga Rankin’s Street N Greet” and artists, records, and videos started to be released on higher levels via various affiliations; such as Hunter Promotions and Virdiko. Next on Bigga’s plan is the official release of his Bigga is Betta album featuring two of today’s shinning rap stars; Que, and Dee Boi. As we finish preparations for this major release, we wanted to give the djs, bloggers, tastemakers, and fans a preview of what to expect and decided it was time to drop “Splash Brothers.” “Splash Brothers” is a joint venture by Bigga is Betta and Dirty Glove Bastard with production by WestsideWebb. A melodic record where both artists explain that while many others talk a good talk, they rather be the ones out here doing it. In April 2017, we will release the full “Bigga is Betta” album, under new label Infinite Hustle Group; until then press play, support, and share out very first release. Feedback is greatly appreciated.