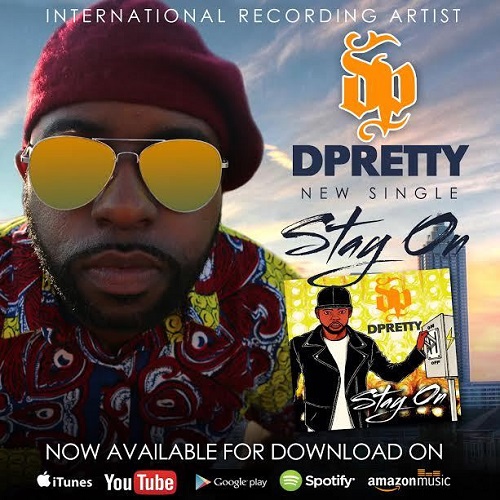 International recording artist DPretty is a Congolese singer/songwriter from the Democratic Republic of the Congo in central Africa. His colorful culture, passion for music and social activism can be found in his lyrics . His dedication to his people is reflected in his non-profit organization, CGA (Congolese Genocide Awareness), which promotes awareness by engaging and mobilizing supporters who can advocate internationally as well as within the Congo. DPretty migrated to the United States 20 years ago and has developed an ear for innovative sounds that integrate his African origin along with modern American music. His musical style is described as Afrobeat with a mix of pop music stemming from musical influences such as Congolese artists like Papa Wemba, Koffi Olomide, Fally Ipupa, Jean Goubald and American music icons Michael Jackson, Jay Z, Kanye West, Drake, Akon as well as reggae artists Bob Marley, Sean Paul and Shaggy.
​
DPretty has previously worked with producers Mikey Musique, Shady Bizniz, and Bahood Records along with Cori the Closer. His live performances include performing at Karma Lounge (Atlanta, GA), French Alliance Center (Atlanta, GA) and most recently at Morris Brown College for the Juneteenth Festival. His latest single “Stay On” produced by Bahood Records was released June 2017 and is sure to gain him popularity amongst industry professionals and music lovers alike. You can see and hear more from international recording artist DPretty by visiting his website www.dpretty.com, his YouTube channel and by following him on social media.