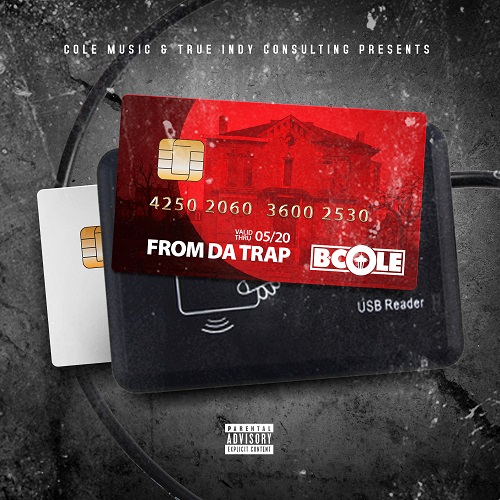 Hailing from the city where green blooms and blows, Seattle emcee B.Cole is back From Da Trap, a summer anthem for hustlers and go-getters worldwide! Produced by Sean Murdz, From Da Trap is a loopy, hood track infused with mantra and reminders to steer clear of the leeches in the streets and to continue to strive for the greatness at the top.

Born from humble beginnings but gunning for the crown, B.Cole began his journey to Hip Hop glory after falling in love with Tupac Shakur’s flow at 5-years-old. Nearly two decades later, the flame Makavelli ignited in him as a child continues to burn; his debut album Riches Define Hustle setting airwaves ablaze across the country and landing him on stages with Meek Mill, Nipsey Hustle and YG. A force to be reckoned with booming from the northwest, B.Cole’s sheer dedication to the music and lust for lyrical revolution on each track separates him from other west coast acts and sets the stage for what’s to come next from the millennial emcee.

Riding a wave of his own, B.Cole’s From Da Trap is a hood track immersed in urban swank! His innate lyrical talent draws one in, while the track’s loopy hook hypnotizes the listener and sticks; creating an unforgettable, long last record for them to jam all summer long!