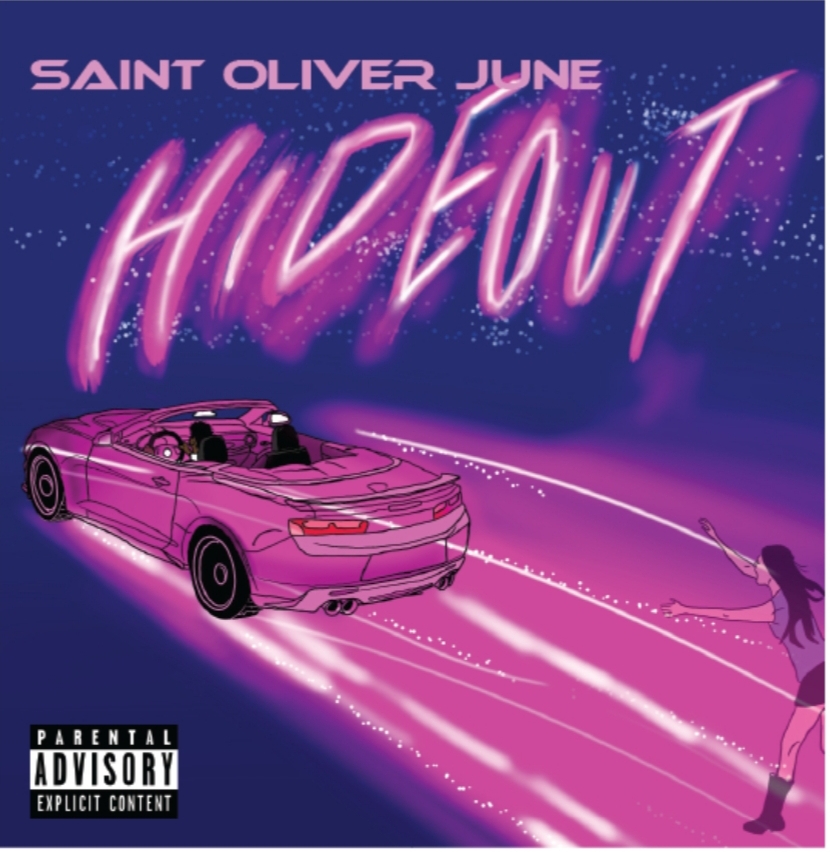 NEWARK, NJ – Where Saint Oliver June comes from, he’s expected to be a certain way and have certain interests. Growing up on the East Coast in Newark, New Jersey, it was assumed that he would love hip-hop and that his sound as an artist would fit the mold of what people perceive hip-hop to be. But June doesn’t ascribe to preconceived notions or stereotypes. He has never been one to ascribe labels to things, and he hates the idea of being defined as any one thing. That’s why he works hard to create a unique sound and style that can only be described as indescribably.

Late last year, Saint Oliver June released a mixtape called “Life For Sale” that puts that original sound on full display. It’s a project that highlights multiple things going on in his life but with that eerie undertone and air of mystery that challenges listeners to pay attention and think more deeply about what they’re hearing. Ultimately, the mixtape explores all the prices that have to be paid to attain success and the consequences that come from both good and bad decisions.

“My subject matter is really the main thing that sets me apart from anyone else,” June said. “I’m a kid from the hood who has grown up seeing everybody play basketball or football or soccer, but the things I was fascinated with growing up were surfing and snowboarding and extreme sports. I also bought a rock album the first time I bought a CD, from My Chemical Romance. I’m into golf and I love Shaun White and Alana Ray and I’m into things that most people wouldn’t expect of me. Those are things I write about but in ways you wouldn’t expect. People say I have an otherworldly vibe that isn’t human – it’s more pure than human – which is why I go by Saint Oliver June.”

Two singles from his mixtape put this phenomenon on particular display. “The Usual” is a club song about being bored in a club. Saint Oliver June explores the monotony of the club routine and challenges the notion that the club scene is the penultimate of night life – all underneath a club sound that he uses intentionally to prove his point.

“Hide Out” is another single that has gained him attention. It highlights his life as an introvert but in a way that challenges stereotypes that would suggest he’s not sociable and couldn’t be a loyal friend. The wavy flow of the song is catchy and has a good bounce which he said is the perfect foundation for the things he’s trying to help listeners understand about being an introvert.

More music is in development for June with a full album called “Writers Anonymous” set to drop before the end of the year. To listen to Saint Oliver June’s music or to follow him on social media, please visit:

June Popi just might be what the game has been missing! The rising talent is quickly evolving into the

The Baton Rouge R&B crooner is back serenading another love ballad. This time around, he teamed up with the