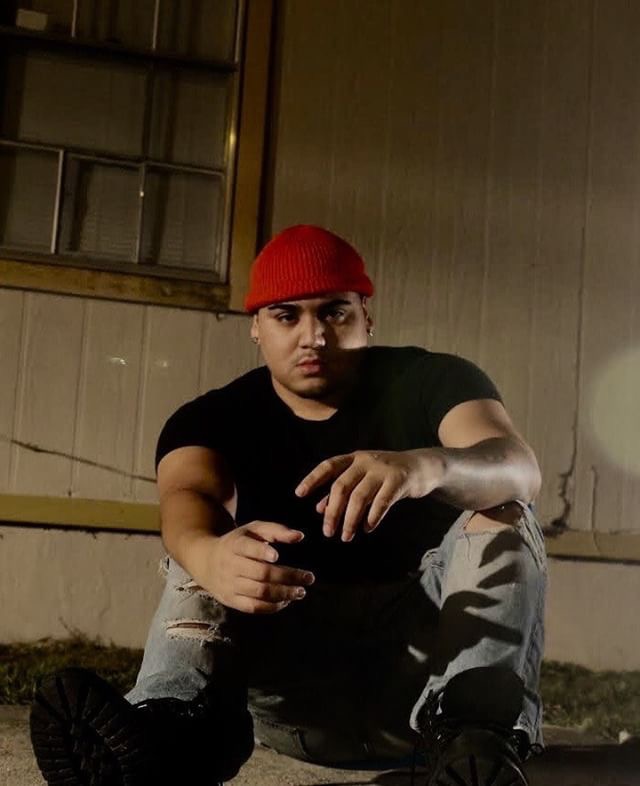 Rich Tone overcomes pains from past be illuminating truth through music

BRONX, NY – Before every recording session in the studio, Anthony “Rich Tone” Salvatierra
recites a mantra he learned after the passing of his grandmother, Maria Gomera.
“I have the cut,” he said. “Now it’s time to open the wound, throw alcohol on it, and make it
burn.”

Growing up in the Bronx, New York with a Dominican mother, Rich Tone never had it easy. He
was raised by a single mother with the help of his grandmother and cousin, Marlene Gomera.
As a teenager, he wasn’t your typical High School student for he was always in and out of trouble. At the age of 15, he had his first felony for robbery. Police brutality along with the K9
bite mark on his right leg and a bruised face, left a big impact in his life.

He recalls sleeping in overcrowded apartments with heaters going out and using the stove to
heat up water just to take a warm shower. And it was during those years growing up that his
mother, his cousin and especially his grandmother left a major impression on his life. They
taught him to chase his dreams, to always try, and if he was going to fail, then he should at least
fail big.

So when his grandmother passed away a few years back, the cut of pain was deep. But he knew
from her life lessons to him over the years that he needed to tap into that pain and bring it out
and share it with the world. She became the reason he dove head-first into music. And today he
dedicates much of his music to her and the other women in his life who have left such a big
mark.

His new EP, “The Obstacle,” is a testament to that journey and the many challenges he’s
overcome. The six-song project features trap music mixed with soul, and nods not only to the
musical influences of his life – such as Jay Z – but also his own heritage and the unique sound
and style that he hopes to bring to the table.

“I don’t find myself too unique, I would just say that I have an ambition and hunger that you
don’t see in too many people,” he said. “I grind and chase goals and face anything head on. I
saw my mom and grandmother struggle – I saw the pain in their lives. And a lot of that has
been reflected into my life, and through it I’ve come out learning. It has helped me to develop a
sort of ‘Fuck It’ syndrome. And that’s what I hope my music becomes for others – that
motivation that you hear before going to work to help you get through your own everyday
struggles. My music is motivation to keep going.”

Though this new project is one that he knows will help him make a mark on the industry, he
isn’t a rookie to music. By age 24 he had started a team called Street Prodigy, while also
releasing his first single called “Shooters.” The single saw modest success and has helped him
push his career further. “The Obstacle” is his next musical offering, and it’s one that he said he
knows more fans will embrace.

To listen to Rich Tone’s music, or to follow him on social media, please visit: