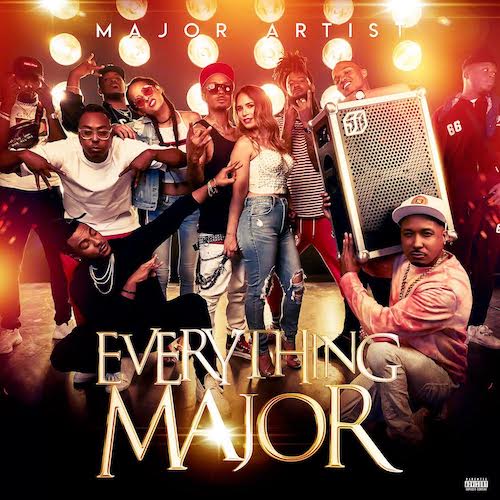 The effort features his twin brother iShowoff, Shawn Atkins, who wrote for the Migos and Post Malone, producer Kamoshun and Major Artist in-house producer Majik VanDucen. In addition there are a host of other artists on the label that will be on future projects.

After getting his first record deal offer from Jimmy Iovine and after securing production work with TUG/Universal, Rich Rick was framed and served prison time when he was falsely accused of stealing $350,000 of Mariah Carey’s jewelry. Despite serving time for a crime he allegedly did not commit, Rich Rick vows to prove his innocence hoping to someday exonerate his record of any charges.

Despite the circumstances, Rich Rick has battled through it all and most recently went four times platinum for his work on Lil Wayne’s song “How to Love.” Now he’s back with a fresh batch of music hoping to shed light on his true ability to A&R, produce, rap and manage a label.

“Major Artist Music Group is the focus, it’s a company that I started independently after leaving my situation with Chris Stokes.” Rich Rick explained. “While I was going through legal things and learning the business of contracts, I ended up developing my own label Major Artist Music Group so I can start putting out the music that represents what I believe in. Now since all the legal stuff is done, I’m ready to focus on the music and get back in the studio recording with Detail, iShowOff and other acts on my label.”

“I just want everyone to know that we came from these Crenshaw streets and we had bigger dreams to come up out of it, but we still not forgetting where we from. We had to rise above it. Kind of like how Nipsey reps Crenshaw. Me and my brother had a similar dream. We want to show people that we will represent and that there is a hope to get out the hood where violence is so prevalent,” he added.

Leading into the Fall Major Artist Music Group will be focused on iShowOff’s yet to titled album as he is the first artist on the label who will be releasing a solo project.

Motown's Elhae is at the top of R&B right now. As one of the genre's most exciting new artists,