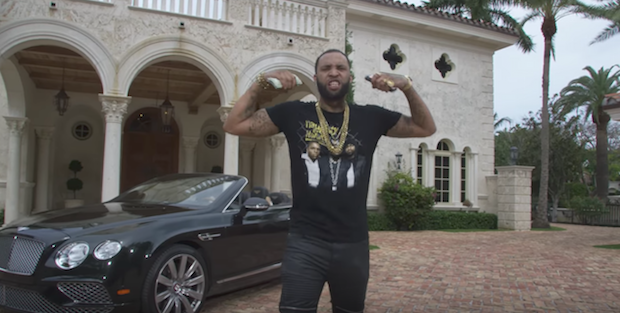 Continuing his strong push of content, Waco bred and Austin, Texas based rapper Quistar delivers a new video for the fans and media. This time around the self-described “werewolf’ delivers a single that will be featured on his Werewolves On The Island project coming out this Summer.

Like usual Quistar is focused on giving the fans more and more content, so he felt it was important to drop the “Flexed Up, Blessed Up” visual featuring with Blac Youngsta with more content on the way.

“As always , I have been working on boatloads of new tunes . I recently got to collaborate Blac Youngsta and Moneybagg Yo on records for my upcoming album and I have a few special singles about to drop,” Quistar said.

“The mixtape is followed by the album, which is all finished up and undergoing the final mastering process as we speak, so it should continue to be a fun year for us on The Island ?,” Quistar joked as he alluded to his album They Can’t Swim This Far.

With Werewolves On The Island set to warm up the world for the album, Quistar is also kicking off “The Island Tour” to promote all the new music and to shoot new visuals in different cities.

In addition to the music, Quistar is opening a brand new recording studio in Austin, Texas to further his sound and brand worldwide.