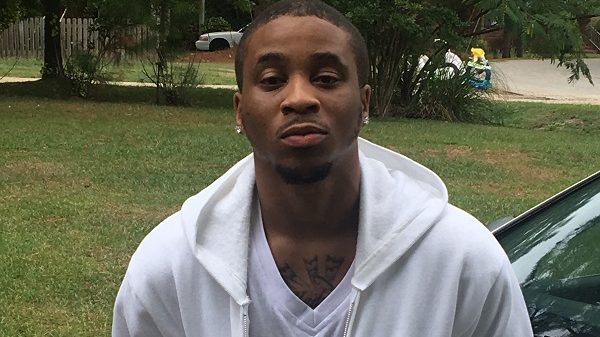 ROCKY MOUNT, NC – A new single from East Coast rapper QJP 11 (born as Qwandale Jerome Pippen on 11/11) is about to get people all over the U.S. hyped up. The song is called “Shit Damn” and it’s the kind of catchy upbeat song that could be played in clubs or concerts so that as soon as people hear it, they get hyped up.

“As soon as people hear it, they get into it,” QJP said. “I wanted to show people how I get to it. This song is definitely a hype song. It started one day when I hit my toe on the corner of a wall and I was like, ‘Shit! Damn!’ Someone repeated it and that’s how it came about. People think I’m cussing, but people hear a lot of worse things than those two words put together. We’ve been brought up to believe those words are bad, but who was the first person to claim they were bad? They’re words that can have different definitions but when people hear it or look at the name of it, there’s automatic defensiveness to it. But it’s really just a hype catchy song with a bit of a message to it that challenges the idea of what you think those words mean.”

“Shit Damn” is yet another single of QJP 11’s acclaimed EP, “Listen to Understand.” He released the hit single “Boom Boutta Bang” last month to high praise, and has been riding a wave off success from this EP since its release in August.

QJP said all of his music is an effort to emphasize his originality. He’s not trying to pretend to be something he’s not though he often tries new things from time to time. He also likes to make a Plan A and a Plan B and even a Plan C just in case things don’t go the way they’re supposed to. Growing up, he was always moving from one place to another and he considers himself lucky to have seen so many different sides of life – whether poor, middle class or rich.

“At an early age, I always had a thing for being creative whether it was drawing, coloring, writing, whatever,” he said. “I like being by myself just how I am. I don’t pretend to be something I’m not. People say I’m real cool and laid-back, and I pretty much talk to anybody – White, Black, Chinese, Mexican … it doesn’t matter. All my life, I’ve been wondering who I was and what my purpose is. Me trying to be a gangster didn’t work out, then I tried to make a change in college but that didn’t really work out either. But now, I’ve found rapping and it’s like I’ve found myself and I feel a part of it. I really just want to go mainstream now. I want the money, the hate, and everything that comes with a mainstream artist – the money, the shows, and especially being featured in XXL Magazine. All of that is my focus right now.”

To listen to QJP 11’s music or to follow him on social media, please visit:

LadyBoss Has The Streets Ready for “A Street Reflection” @paladyboss

LadyBoss, the rising home bred Philly spitter, is back once again with some new heat! After building a nice

GoldMoney Grillz, is a small custom jewelry company. It was established in 2017 created in different locations in Florida