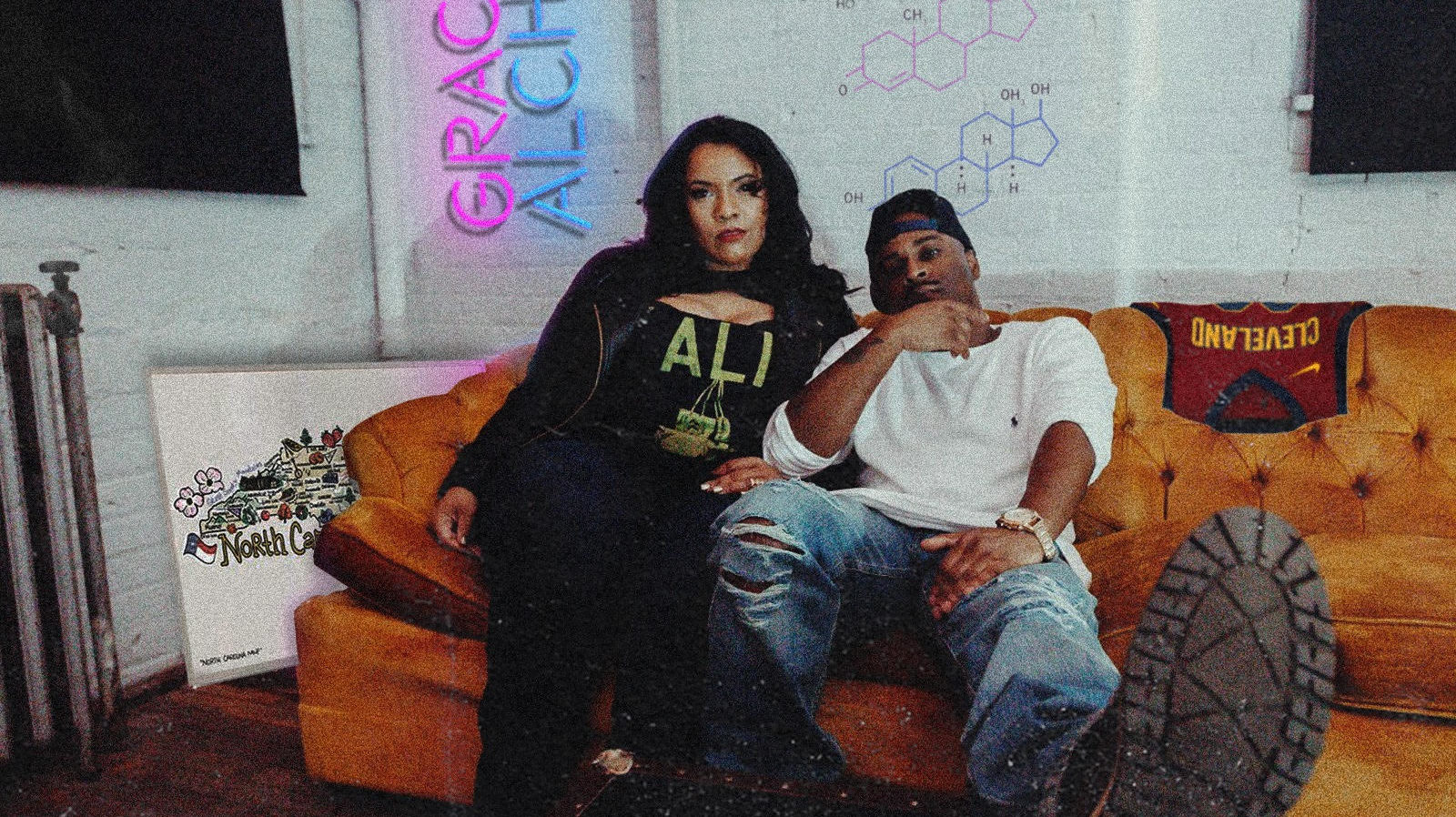 The Youngstown, Ohio titan, G.Huff, and the Raleigh, North Carolina wolf, Lena Jackson, come together as a male and female duo, delivering Midwest grit and Southern soul on their latest collaborative effort titled Grace And Alchemy.

The project provides duality from a male and female perspective. Two vastly different artists with impeccable chemistry, Huff and Lena trade bars for 7 songs with production provided by Chicago super producer Ill Brown, and Youngstown, Ohio beatsmith Da Bopman, leaving no stone unturned.”This project was originally going to be a solo effort with Ill Brown doing the production, says G. Huff. I had a song with Lena in mind; but the more I thought about it, the more I felt like maybe we should just do the whole thing together.”
After the critically acclaimed solo effort, Darkness Brim, by Lena Jackson, she wanted to challenge herself by combining worlds with G.Huff, and creating something that would prove women are to be viewed as equals with their male counterparts. “The more I created for this project, the less it became about men/women comparisons,” Lena reveals. “It really became about aligning our respective talents and being dope on all counts, regardless of gender.”The 7 song EP finds G.Huff being the only male performer throughout the project with features from Ida Divine, Maestra and 3D Na’Tee.
Grace And Alchemy will be available on all Digital Streaming Platforms on 09/24/19, as well as Bandcamp, for purchase.  Be sure to also check out their latest visual for “Laila Ali, Mike Tyson“.