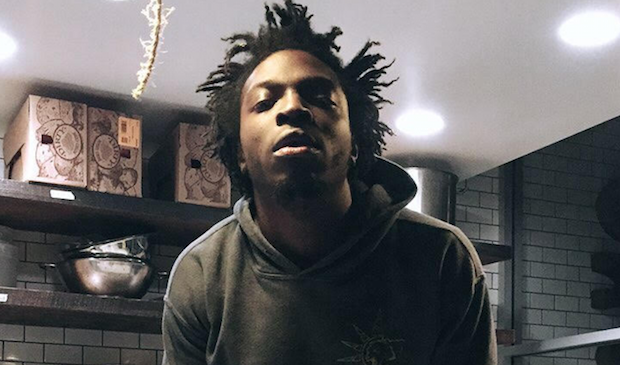 Originally raised in London, up and coming emcee Messiah B came to the USA around 17 years of age moving to Memphis, Tennessee of all places. From there he picked up his bags and moved to NYC and eventually LA risking everything, he moved to pursue his goals of being a successful musician.

A self proclaimed, trapper, hipster and rockstar in one, Messiah B feels he encompasses all three lifestyles in his music as shown in his new single aptly titled, “All In One.” Regardless of labels, there’s one thing that’s for sure, and Messiah B is a unique artist that is on the cusp of whats poppin now with Hip-Hop.

“The single is produced by Kushingham one of my long time collaborators. The single is a statement of what I am; a trapper, a hipster, and a rockstar. I encompass all three in my body and they come out when I make music – that’s exactly what I express in this song,” Messiah B said. “Just watch me turn up on these weak ass fake industry rock stars. Time to breathe some fresh air into music, I make music u can jump on your mums couch with your mum to – with or without a gun, Yadigg!”

There’s no question that he’s living that rockstar life as Messiah B is on a college tour right now with the Rejectz and iamsu!, where he’s already collaborating with acts on the tour.

“I am dropping a music video with my brothers the Rejectz and Orlando brown and I have a tape with Warren Bensmokin (Bounce of the Rejects) called Mortal Kombat Trap where we have the remix to the “Cat Daddy,” and our song “Lui Kang,” hosted by LAs own DJ Carisma and Dj Shon.”

Now looking back Messiah B feels fortunate to have found music as he found himself homeless on his path to musical success. To this day he continues giving back to the homeless community with food giveaways and more.

“I was homeless on Skid Row just basically paying for food and studio and sleeping in a shelter before I started buzzing here in LA,” Messiah B says. “I always used to make lil raps in my room from when I was 9. I was obsessed with Three 6 mafia as they were known then with Project Pat. Funny enough, Memphis was the first place I lived in America.