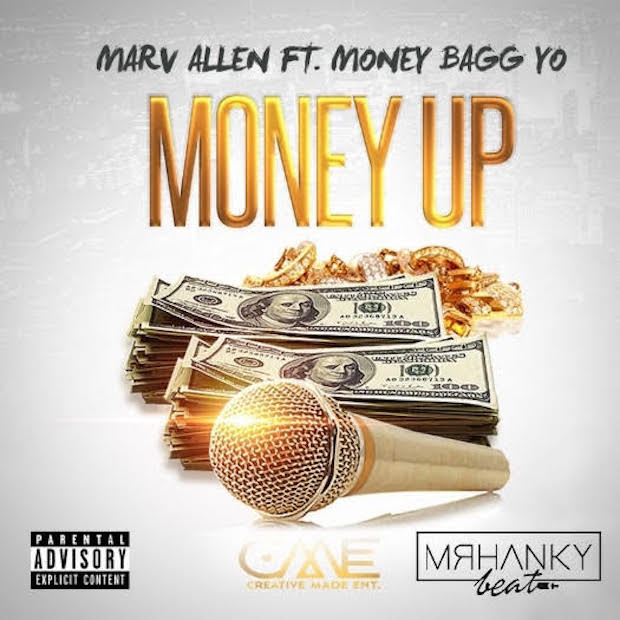 Marv Allen has teamed up with Atlanta hit making producer Mr. Hanky and rising rapper Money Bagg Yo for his latest Summer anthem “Money Up”.

The infectious, mid-tempo party jam has been rapidly gaining radio play across the Southeast and building anticipation for his forthcoming LP S.O.N (Something Outta Nothing).

The song is in rotation at Hot 107.9 and 94.5 Streetz in Atlanta while also gaining momentum in Atlanta clubs.

In addtion to the radio airplay Marv Allen has shows lined up throughout the Southeast this Summer where he will be touring in support of the new single.

“Because of my background coming from a party city, I like to make party music but I just can’t say anything in my music,” Marv explained. “I make feel-good music, but it has to have some lyrical content.”

Influenced by the New Orleans rich musical legacy, Marv Allen has always notes second line brass bands like the Hot 8 and Rebirth, to multi-platinum rap labels Cash Money and No Limit as early influences to making his own music.

Marv Allen was born and raised in Uptown New Orleans’ infamous 10th Ward. His mother, her 11 siblings and their children shared a small apartment in the city’s now-demolished St. Thomas Housing Projects.

Coming up in poverty, he was surrounded by thugs, drugs and violence but music was an escape that made the ghetto not seem so rough.

The Crescent City’s native has an uncanny style that blends hip-hop with R&B and a tinge of the city’s signature sub-genre bounce,

This multi-talented musical maestro has been steadily fostering a loyal fan base with a string of singles that stretches from his Louisiana breeding grounds to his current home of Atlanta.