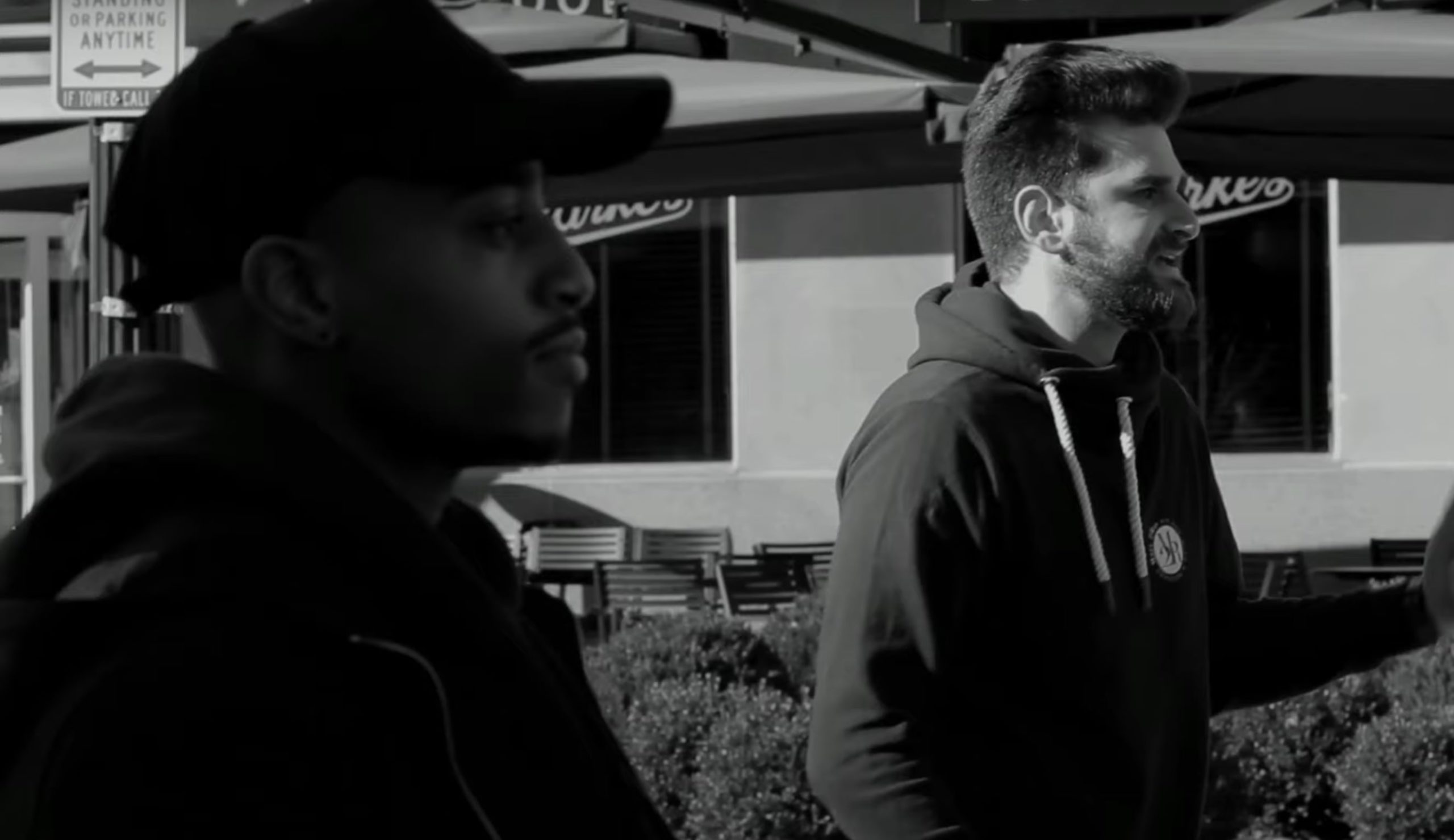 Well-known lyricists Marc 2Ray and NiccoFeem join forces to speak on the wide range of social injustice in today’s America on the new visual for their latest collaborations, titled “Perspectives.” In the black-and-white visual, the two emcees trade stories of injustice, fear, curiosity and empathy through opposite point-of-views. NiccoFeem tells the daily struggles and hurdles of today’s Black man, while Marc 2Ray drops a history lesson on American Genocide. Produced by MadKutz, the visual is a real eye-opening experience on the small screen.

“As the grandson of that former refugee who came to this country with nothing, my American identity would not ever be questioned by most people on the street, who would assume that my family has been here for generations. I have the “look” so-to-speak.– my light complexion, blue eyes, and brown hair. Cops don’t bother me. Shopkeepers don’t follow me. I can go for a walk or run in a neighborhood where I don’t live and not fear for my safety. I am very aware of the privilege that this society has given me for being white,” says Marc 2Ray.

NiccoFeem continues: “I come from a family of music dating back to the 1970’s. My grandfather is one-half of the duo Peaches and Herb who made platinum hits like “Reunited” and “Shake Your Groove Thing.” My emotionally driven storytelling comes from wanting to shed light on the power of mental health and self-awareness. At the time the race riots were at their peak and George Floyd had just been killed. I felt strongly about this situation and so did Marc. We naturally began to speak about it and over the course of the evening decided we would talk about it for the greater good.”

The song sets up potential upcoming projects from both artists in 2022. “Perspectives” is available now on all DSPs via own imprint. Stream it here and follow the duo on social media.

Take a look at Marc and Nicco’s new visual to “Perspectives” below.