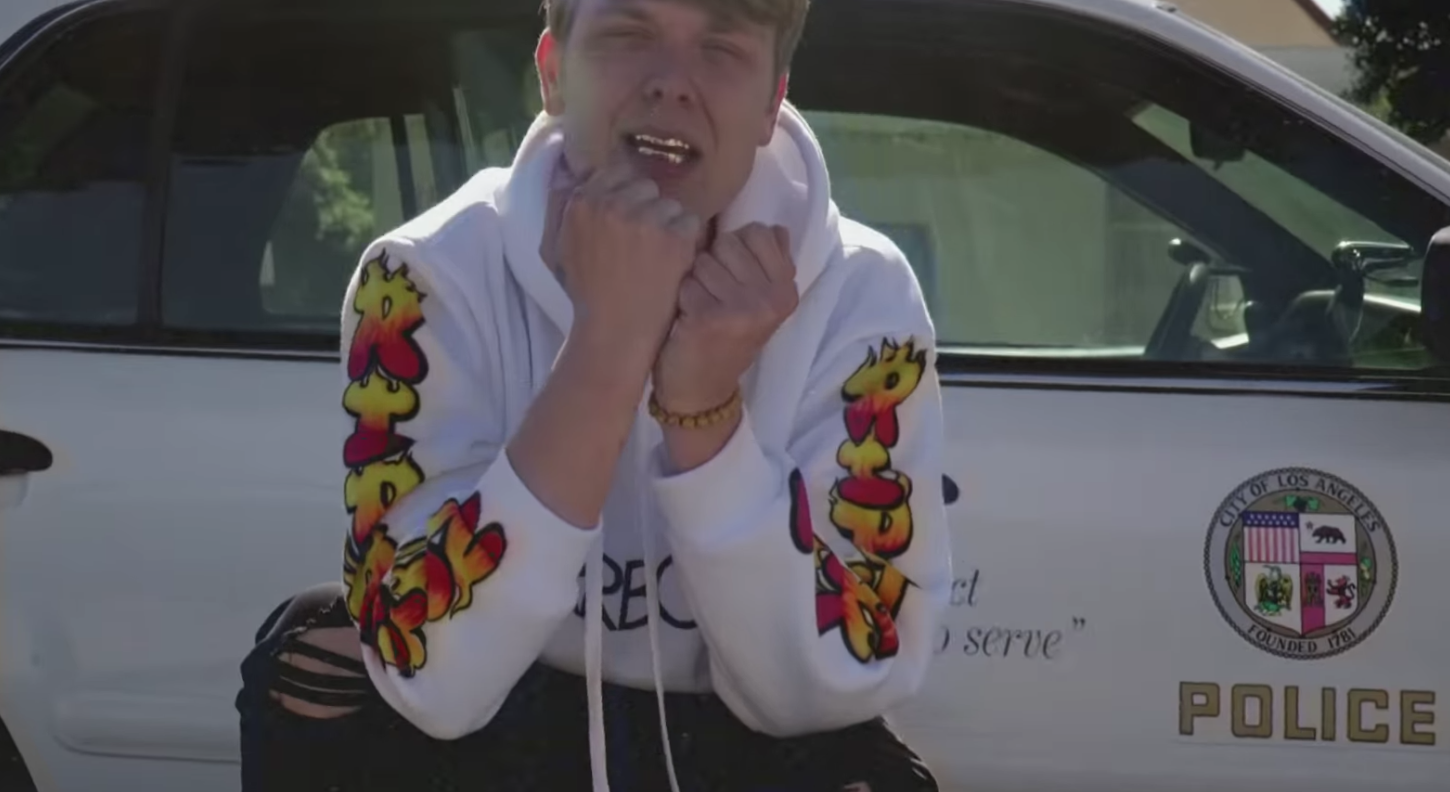 Up and coming rapper Lil Ugly Toes is prepping the release of his song “Fuck the Opps” (Prod by JuiceRose).

Since getting the Adam 22 co-sign and premiering his “Fuck 12” video on No Jumper’s YouTube Channel, Lil Ugly Toes has racked up over half-a-million views on his visuals including the Elevator premiered video “Two.”

“In a lot of my newer projects I’m trying to dig deeper into my feelings and express the things that I’ve been going through more,” Lil Ugly Toes explained. “The big homie Triston (@thereddwarfs) shot the video. I met Triston through another friend when shooting my first music video for the song Two.”

Known as “Toes” amongst close friends and labelmates, the 6’4” rapper began his career in the state of Indiana being influenced by Biggie, Chief Keef and Metallica, but ultimately realized that he needed to move to Los Angeles to further pursue his goals of commercial success.

“I believe that I am the next wave, people gravitate to what I’m doing and I have put myself on another coast away from my family and everything I know strictly to reach my goals. I bet it all on me when I came to LA,” LilUgly Toes said.

In 2018, Lil Ugly Toes formed a partnership with Hollywood, California based record label Starboss.   Building brick by brick from their multi-level studio and compound, “Toes” embodies every bit of Larry Bird’s Indiana State days hooping with friends in between studio sessions and video shoots.

The Georgian, a brand-new Hip-Hop recording group consisting of accomplished musicians BeMajore and N E Means, has plans to

After making it big with his debut single, "Fortune Lane." Texas recording artist Curtis Mayz preps the release of