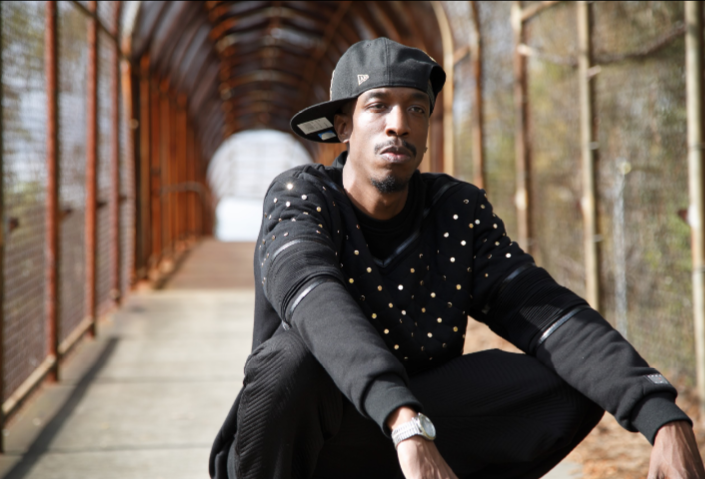 ATLANTA, GA – K.O. Da Beast is an up-and-coming rapper is the rare kind of musician who can combine influences from two of hip-hop’s most notorious towns: Flint, Michigan, and Atlanta. Born Derrill Knighten II on June 18, 1988, in Flint, Michigan, the young rapper grew up in an area known for its unique hip-hop sound and its long list of notorious rappers. He became fascinated with weird, lyrical and disturbing metaphors from rappers like Eminem, and the diabolical, punch-line-spitting storytelling from Biggie Smalls. He became a founding member of the group H.M.O.B., which would become one of the city’s most talked-about young hip-hop groups – including rappers such as Fresh, Tez, Vic, Soop, Kut, Chuck and more.

And then in his early adult years K.O. moved to Atlanta to chase his dream of becoming a world-famous hip-hop artist. He brought his Flint-area sound and style to a region that has a distinct trap and Southern influence. He began to fuse the two sounds, exploring new concepts with albums like “The Chosen One,” “Resilient,” “K.O. Kruger” and “Gifted Curse,” which he said was his most successful.

Today, K.O. has already released his fifth album, “Watz Hood 1.0.” It’s a project that he said showcases his unique sound and style in ways that will make lovers of hip-hop sit up and pay attention.

“From track one to track 10 it conveys dark emotion, struggles that people might experience in life, and the day-to-day hood culture,” he said. “I want to reach real niggas in the hoods, the streets and the clubs to one day inspire and motivate them to make their dreams a reality. Some people can jump up and make a single with a snap of a finger, but it takes a little more time on my end. I take this seriously. I’m trying to get up to the top.”

“Watz Hood 1.0” features K.O.’s distinct deep voice that has adopted a bit of a Southern drawl from his time in Atlanta. His sound is reminiscent of Ja Rule or Busta Rhymes, though with more growl and more of a distinct vibe that is perfectly matched for a name like K.O. Da Beast. His songs and lyrics display a depth born from hardships of a life growing up on the streets. The harder his life got, the harder his raps became.

“Not too many people in this industry can mix two cities at once and make is sound good,” he said. “Some of the things I went through made me really have to maintain and stick it through and not give up if I really wanted to realize this dream. Every word I put on a sheet of paper and spit through the mic has been marked by pain. If anything, I believe the majority of people can feel that and relate to what I’m talking about.”