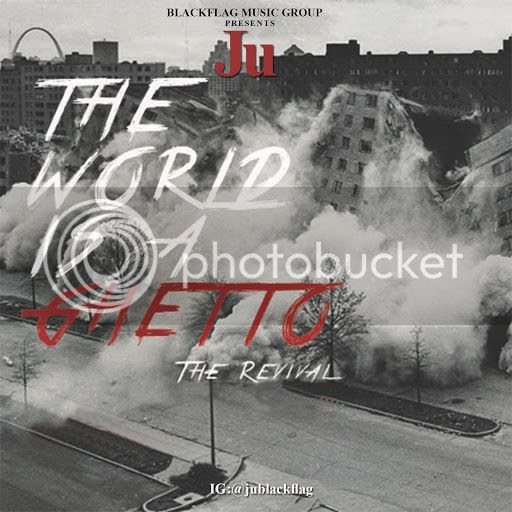 St. Louis talent joins forces to prove real hip hop is still alive with the latest banger from Ju (@jublackflag), “The World is a Ghetto” featuring @TeffDeezy. The smooth-flowing record, produced by @JackpotHitz, is reminiscent of the 90’s golden era of hip hop. “The World is a Ghetto” exposes the temptations and evils that surround us daily while trying to make it to the top.

This is the second record released off of Ju’s upcoming project, The Revival, which is scheduled to drop in the coming months. The first record released from the project was “Die Young” featuring @Eearz, produced by Ear Drummer producer, @DuckoMcFli.