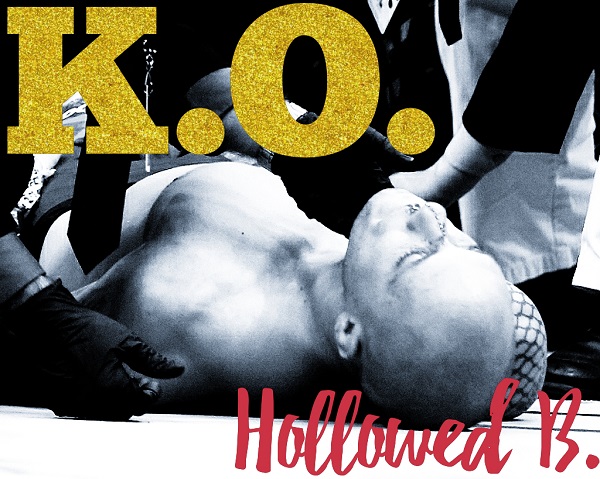 Hyped up anthem ‘K.O.’ helps put NY artist Hollowed B. on the map

BUFFALO, NY – Picture the next heavyweight champion of the world walking out to the ring for his next big bout. There’s a song playing in the arena as he walks down the aisle. It gets him hyped up. It gets you hyped up. It gets the entire auditorium hyped up.

That song could be the new single from New York artist Hollowed B. called “K.O.” Filled with energy and superfast flow, the song is the latest from this fast-rising artist whose unique sound and style is lighting up the music industry all along the East Coast. It’s a song that perfectly represents who he wants to be as an artist, embracing both a versatility and an attention to detail that when combined makes him a truly standout superstar.

“You’ll get three different styles throughout the whole song which I think shows I’m truly adaptive to any sound,” Hollowed B said. “I’ve got multiple styles that I use frequently. From the wordplay to the tempo to the speed to the lyrics, you’ll be able to tell it’s me as soon as you hear the first note.”

Repping what he calls a dual citizenship in the 716 to the two cities he calls home – Buffalo and Dunkirk – Hollowed B. has a very unique sound that finds its influences in artists such as BustaRhymes, Kendric Lamar, Tek-9, Tupac, and Biggie. There’s also a Twista kind of a speed to his flow, and a 2Chainz or Snoop Dogg smooth flow on some other singles.

“My music is real, bluntly honest and 100 percent mine,” he said. “I work hard in the studio and usually everything is produced, mixed and mastered by me. I write a lot of songs across all genres and I just want to be known for creating great music – timeless, long-lasting music. That’s what I want my name to be known for. I want to create something close to perfection in music because to me it’s more than just music. There’s a message in every one of my songs.”

Following the success of “K.O.,” which is currently available across all streaming platforms, Hollowed B. said he’s planning on dropping a new single every month which is something he’s been doing for the past five or six months. Along the way, he’s been on the Coast2Coast Mixtape Tour and recorded close to 1,000 songs.

To listen to Hollowed B’s music or to follow him on social media, please visit: