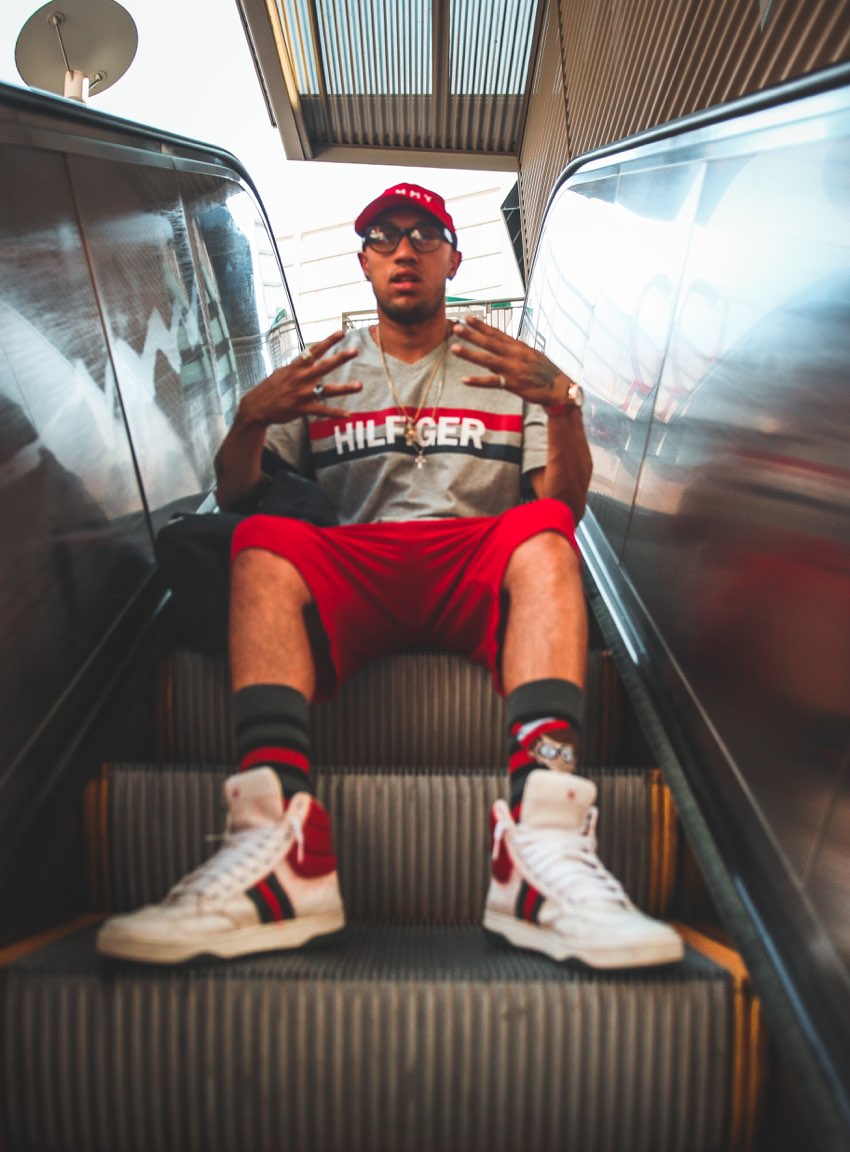 DENVER, CO – Quinn “Flyman” Vaden has been rapping so long that he has music on top of music on top of music. But it’s hard to get discovered on the national stage when you’re from Denver, Colorado – a place that isn’t known for being a mecca of hip-hop. But Flyman is on a mission to change that reputation … and he’s doing it expediently.

In September, Flyman dropped his debut album, “Fly’s World.” The breakout single from the album, “Tammy,” is about a girlfriend who has helped him on his journey. It was barely beginning to make a splash with listeners before he dropped a second album called “King of Denver,” which is a project that nods to his notoriety in Denver after so many years of dominating the local music scene. The main single off that album, “Fee,” quickly joined “Tammy” as a song getting regular rotation around town.

But he wasn’t done yet. At the end of the month he dropped yet a third album, “World Domination,” and yet another single drew the attention of fans and has been gaining a lot of attention. “Sauce” is a single that he said is going crazy on Spotify and a lot of people globally are calling it his best work yet.

And now he’s ready to follow up those three albums with one more album this month. It’s a Halloween-based album called “Fly Krueger,” with songs that are more eerie and scary, though not demonic. The first single off the album, “Live the Dream,” will also be the standout single, he said, and talks about what it takes to realize your dreams. The whole project features production from his cousin, Max, who is a well-known producer from Los Angeles.

“My music is vast,” he said. “I’ve been recording for so long that I have music on top of music – so much music that I can put out three albums in September and one in October. This is how I’m doing it. Some people might question it, but I’m the most original artist ever created … ever. I’m original. My adlib ‘Fly’ should be copyrighted. I’m a singer, rapper, R&B and soul artist all wrapped up into one, and that allows me to create my own lane and my own wave. I’m very versatile.”

Though growing up in Denver, some of Flyman’s life was spent growing up on the streets, and a lot of those experiences find their way into his music. But he has pulled himself out of that life and is “living the dream in a BMW” these days. His music comes from that journey and combines relatable stories with a likeable and sometimes funny personality that people gravitate toward.

“My personality is very overwhelming,” he said, “but it’s definitely gonna make me a star. I’m definitely something the world has never seen. And all I do is think of new ideas every second. I’m gonna be in this music industry forever.”