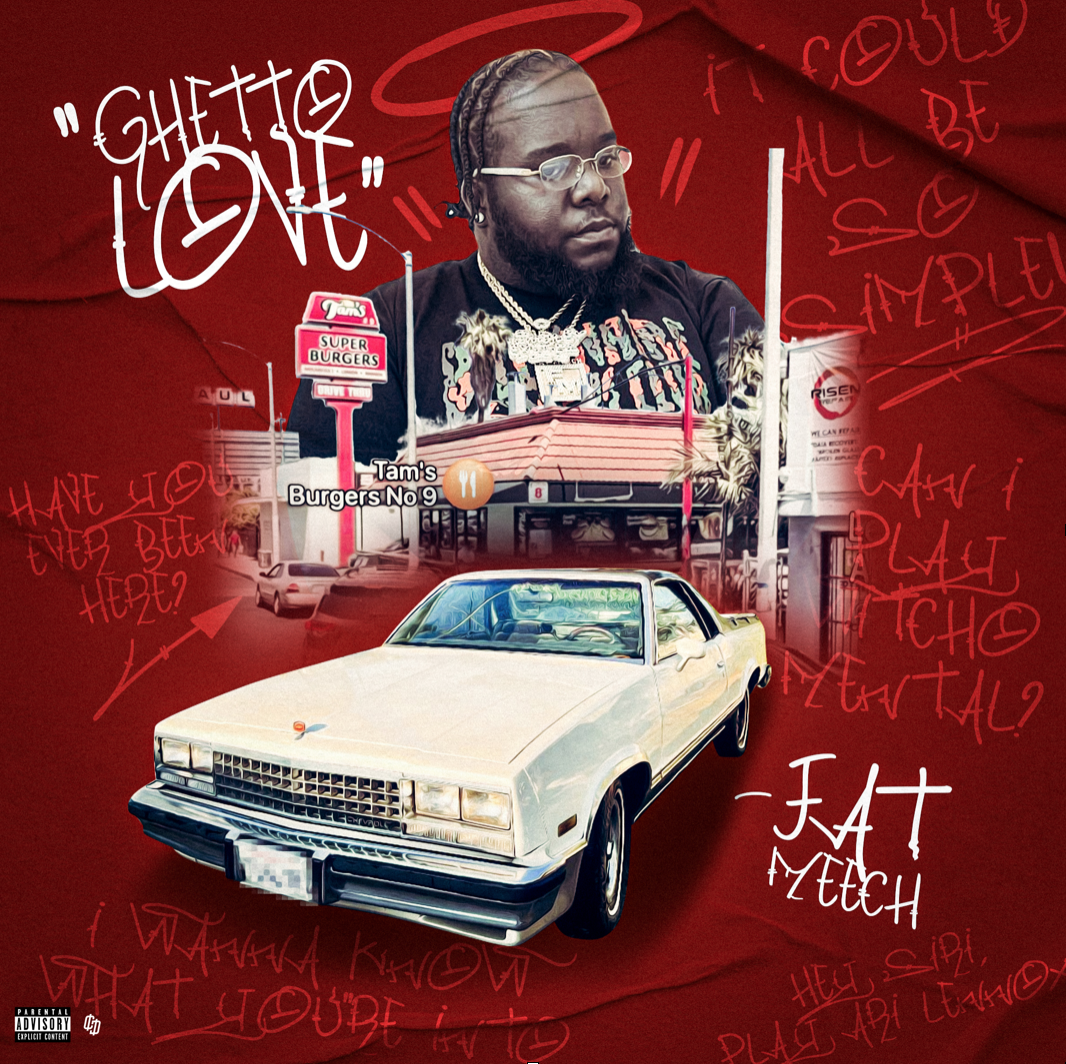 Recently West Coast based rapper Fat Meech released his newest track “Ghetto Love” to the critical acclaim of the streets. Connecting with his fans from high schools to the traps Fat Meech has developed a local fanbase that’s made him a neighborhood staple in South Central Los Angeles and beyond.

Widely regarded for his smart business practices and his Fat Meech Exotics cannabis delivery service, Fat Meech won over the streets with his songs “Brothers I” and “Brothers II” which featured his signature cadence and tone known across the southland.

But while Fat Meech has been buzzing with the music, he’s kept his focus on stacking paper rather than trying to keep up by releasing a song every week.

“For the past year I’ve been more so focused on investments if you will, and outside stuff with the family and I still love to do music and I still record lots of music but I really only drop when I feel like dropping. It’s an art to me. I was telling Chuck Dizzle from 92.3, I love to do music, but its a form of expression so I want to put out what I know is crazy and I don’t want to just put out anything.”

Hoping to shed some light on the love that is shared in every ghetto no matter how rough, Fat Meech steps away from the trap and into the home of your everyday listener.

“I put a lot into my music and I feel like you can tell how everyone else is just punching in every bar. On the newest song “Ghetto Love” my message was like yea we in the trap and we in the hood, but once you get home no matter where you are you go home to whoever you love. The goal is to be in love with somebody or hopefully that’s your goal.”

Shedding the toxic love energy, Fat Meech has found a happy place with not only his music, but in life and you can hear it on “Ghetto Love.”

“I think right now a lot of people are giving out toxic vibes but let’s be real, we all want to be in love and have a person you can love and be in love with. That’s how I’m living now, I’m happy and so the music came out happy. I drive the cars I wanna drive, I live where I wanna live, I do what I wanna do. I’m just happy. This is that wake up no rap before 12 music, that clean the house music, that vibe with your chick type music. “

Attributing a great deal of his success to his younger fans, Fat Meech is always giving back to the high school students that support his music.

“When I go to high schools you know Brothers I and Brothers II always go crazy. When I went to Gardena High and when I first walked up they were posting pictures on their story, so when I came out it was like 100 kids going crazy and they knew all the words. Brothers is just like one of those songs. As soon as I get out the car, I hear people singing my songs, everywhere I go.”

Continuing to push a positive message, Fat Meech has also been providing his community with fresh cold pressed juices which are better than the sodas and candy that kids often drink after school.

“I started a whole juicing company because it’s a great way to get all your vitamins and kids love it.  Juicing is a great way to get it in and for the kids to see that you can drink juice that’s actually good with no additives – they love it.  We also have a delivery company so make sure to place your order!”