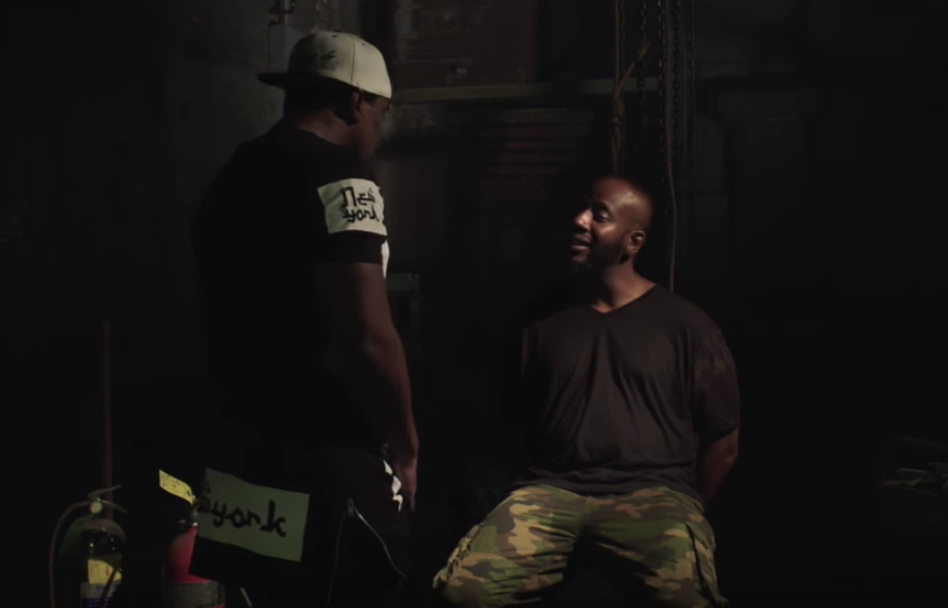 Playing a role behind the scenes for years on some of your favorite artist’s songs New York rapper EVRYTHNG CO$T is stepping out on his own to deliver all new material.

His new project is called The Harvest and the first offering from the effort got a great response as the track “Can’t Turn Back” earned radio station airplay on Hot 97 in NYC, 102.5 FM in Atlanta, GA, and spins in 21 other markets.

EVRYTHNG CO$T says that the song “Can’t Turn Back,” “takes you inside a classic hostage scenario where his past gangster, lustful and egotistical life has caught up to his new future, but he’s not returning. The dramatic visual paints the powerful message in the music of overcoming anything in life.”

He truly believes that message as he’s lived out his dreams writing for some of the top artists int he game. After playing a role behind the scenes writing for Hip-Hop tycoon Sean “Diddy” Combs on the songs “Satisfy You” and “PE 2000,” EVRYTHNG CO$T earned a Grammy nomination for his contributions on Diddy’s Forever album.

But that was just the beginning, as the young songwriter went on to write and produce records for artists like Lil Kim, Akon, R. Kelly, Gym Class Hero’s and The Game. EVRYTHNG CO$T has even earned chart topping success with his efforts on the hit song, “Hi Hater” by Maino, but now his focus is on his new music and the important message that he wants to send.