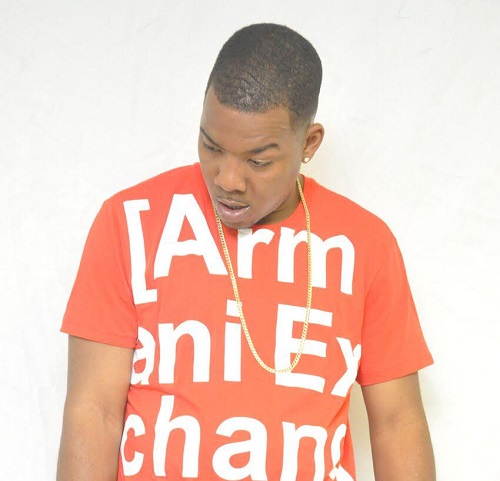 (Louisville, KY) – Born in Chicago and raised in Louisville aka “Derby City,” rapper Solo LaMaze always loved music and as a youth found himself listening to music almost every hour of the day.

That 2003 project was followed up by his Synthetic Dope LP where he was the executive producer,engineering and producing the entire project on his own.

“It was a no brainer” to begin making music,” Solo LaMaze explained. “I was influenced by the greats like Jay Z Wayne, Jeezy and Kanye.”

In addition to drawing inspiration from some of the greatest rappers of all time, Solo Lamaze also found himself producing music and following the sounds of Dr.Dre, Timberland, Mannie Fresh, DJ Paul and Juicy J.

This desire to create led Solo LaMaze to opening his own studio called Organized Swagg where before the age of 18 he subsequently released several projects including Bowel Movement, Beast Mode Vol. 1 & Vol. 2, Rare Form” and “Sushi Sushi Sushi.

“My music is candy with the medicine in it, I entertain and slide in a message simultaneously,” he said.

The philosophy about his music has apparently worked and since then his credits as producer include the likes of David Banner, Beanie Sigel, Juvenile, Sean Paul of the Young Bloods, Kool Daddy Fresh, Twista, J-Kwon, Mr. Serve On, and Young Bleed.

Reflecting on the past, but still looking forward Solo Lamaze is getting ready to tour in South Florida in February and has several spot dates where he is planning on performing through the Winter.

Until then Solo is grateful for the outpouring of support he has received over the years as he continues pushing his music.

“Thank for all the support you guys been giving me and I wont let you down. Relax and Be safe tho,” he concluded. Be Sure to Check out Solo Lamaze on Big Heff’s Streets Most Wanted Tour in Feb. 2018.