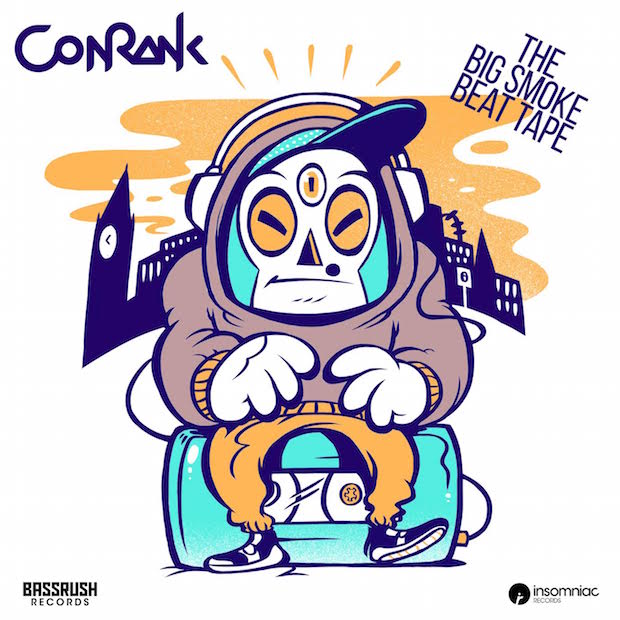 Bassrush Records and Insomniac Records recently linked up to release a massive LP from returning UK DJ and producer, Conrank.

The Big Smoke Beat Tape is an eight-track project showing off Conrank’s genre-defying ability to merge grime and dubstep melodies with west coast bass and more.

His repertoire includes releases on Saturate Records, Wakaan and Circus Records, as well as a pivotal performance alongside Skrillex on the OWSLA hosted “Boiler Room-Asia” in 2016.

“The Big Smoke Beat Tape is like a cross-section of what goes on in my studio on a day to day basis. A melting pot of tracks that maybe wouldn’t necessarily be put together on a record normally…that’s the beauty of it. I’m so thankful Insomniac gave me the chance to do it,” Conrank explained.

After spending years as a globe-trotting musician, including an eight-year residency in Shanghai, Conrank settled in Los Angeles, CA earlier this year.

The Big Smoke Beat Tape comes as a second release on Bassrush Records, having dropped his four-track EP, 4 Letter Future, in March 2017.