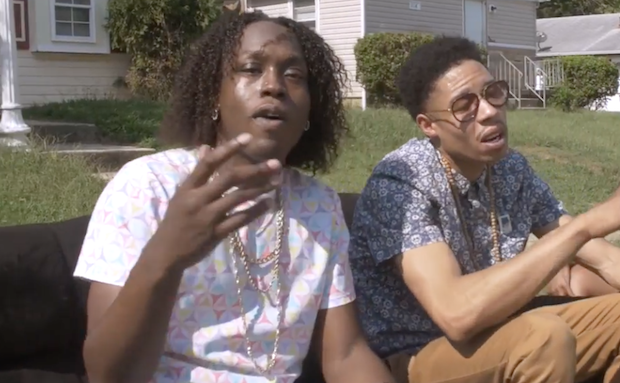 Looking to shed light on his Chichi The Eternal EP that has currently garnered over 50,000 streams so far on Soundcloud, Chichi the Eternal drops the visual for his song “YTN.” Kicking off his plan to release visuals for the next few months, Chichi the Eternal laces the Retro Chuco produced song in the Domico Phillip directed visual.

“I’m from Richmond Virginia, better known as cap city, better known as Switchmond, better known as the hate-0-4.” Chichi the Eternal said. “I started makin music fresh out of high school with some of my niggaz. I didn’t really take it that seriously until I got hit with an intent charge for my first year of college. I started goin hard, got a new team of niggaz around me and we made a name for ourselves in the city. Young Richmond Outcasts till da death of me.”

Gearing up for a tour in May, Chichi the Eternal hits the road with Versace Chaci on six dates that across the East Coast.

“I just want the whole world to keep checking up on me for new music. I’m already in the booth with some phenomenal producers for ‘The Chichi the Eternal 2’ project. That should come out at the end of the year and I’m trying to make great, relevant, unique music like no other,” he added