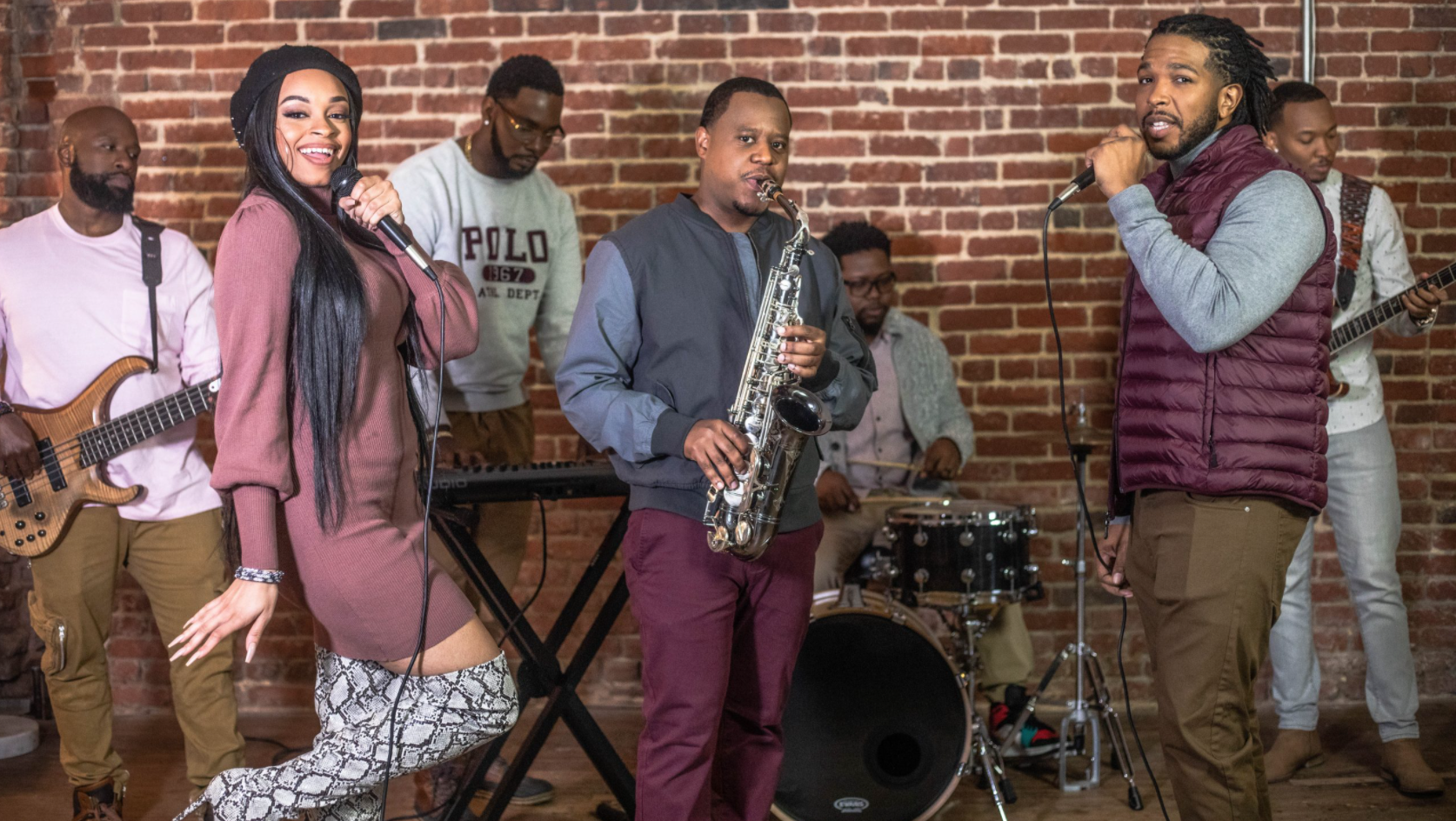 Today rising southern group ArielViews releases the jazzy new single, “Show You This.” The track is a whirlwind of melodic vocals, upbeat guitar, and the alluring saxophone of Ariel Prater.

Although the song premiers on most platforms today, “Show You This” was pre-released for early consumption on digital radio platforms. The track has seen strong reception through repetitive spins already, and it’s easy to see why with harmonic vocal rifts that weave through vibrant instrumental solos.

“Show You This” is smooth and rhythmic, drawing fans to the dancefloor. The meaning can be left open for interpretation, but with the lyrics, “Can’t wait till I show you this,” it’s clear that ArielViews is excited for listeners to hear what they’re creating. They are showing audiences what they’re capable of and leaving fans eager for more.

This new debut from ArielViews is taking all of their experience as a cover band and translating it into their original work. After studying music from such a large variety of decades, artists, and genres, they have developed a unique sound that audiences crave.

Between their broad instrumentation and distinct vocals, ArielViews defies genre norms giving them a diverse take on music. The group is standing out as exceptional masters of their craft. Their lively stage presence is a specialty for ArielViews, and they bring high-energy to every show they perform. They have appeared at venues all across the United States, including a tour through Georgia, Florida, and South Carolina. After years of memorable performances, ArielViews has earned a reputation for their engaging events that get crowds on their feet grooving to the beat.

ArielViews was founded by Atlanta native Ariel Prater. Classically trained in the piano, Prater started playing in a band with his brothers when he was young. Music has always been a large part of his life and he has evolved from years of experience. Prater grew gradually as an artist, eventually adopting the sax as his primary instrument today. He has an intense love for the stage, and concert-goers are always pleased with the passion in his lyrics.

The genre-blending elements of ArielViews are setting them apart from the average players in the entertainment industry today. Mixing jazz and neo-soul with hip-hop and R&B, they are doing something different. With “Show You This,” ArielViews is offering just a taste of what they have in store. The single is part of a larger album set for release later this spring.