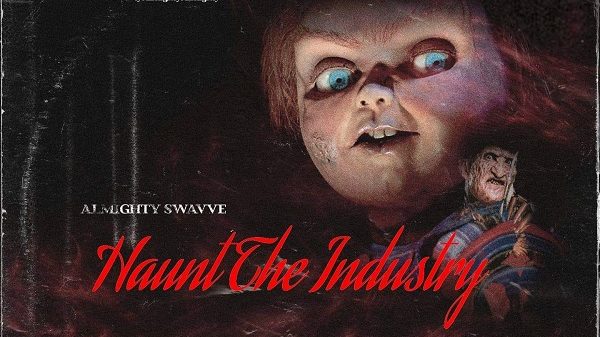 LONG ISLAND, NY – Duane McKenzie – AKA Almighty Swavve – is creating a wave of music that demands attention. His sound is raw and straight edge. He’s not embellishing anything. His edgy style pairs perfectly with versatile content in a way that is making people all along the East Coast sit up and pay attention.

The 21-year-old from Long Island, New York has a unique blend of East Coast influence mixed with Deep South sounds that he began to fuse together during his time living in Fort Worth, Texas. That one-of-a-kind sound is something that has already started to put him on the map, and it will be the thing that makes him a household name across the U.S. in the months and years to come.

“You could say I’m a message sender or a prophet,” he said of his music. “I’m a street prophet. I’m someone who says things that a lot of people don’t want to talk about or hide. I’m the Robin Hood of the streets, but through music. I write about everything that goes around. Sometimes, my music contradicts itself but ultimately, my music is all about life. And it comes to you through an almighty wave. I am the WaveGod.”

Swavve said WAVE GOD stands for “Watch Allies Value Enemies Good Overrides Destruction.” He said it’s an idea born from the trials and tribulations he’s faced not only in his life but specifically in his journey to realize his dream of becoming a professional musician.

“I’ve had a lot of people who smiled in my face and said they wanted something from me but they weren’t looking for my best interests,” he said. “And I’ve had people who I didn’t really get along with, but who pushed me to a place where I had to be better. I always had to be elite with them. I put that idea into my music and my way of life. You can see it in how I walk and talk, and the people I surround myself with. That’s what it means to be a WaveGod. Anyone can be a WaveGod. Your friends can hurt you worse than your enemies can, but good can always override destruction. That’s what my music is all about.”

That music is put on full display with his two EPs that are currently available on all streaming platforms. Both EPs are appropriately titled “WaveGod” though the second one bears the additional tagline “Splash Season.” Swavve said he also has music videos on his YouTube channel and is currently working on more music that plans to release in early 2020. Specifically, he has a mixtape he’s working on called “Haunt the Industry” which he said should drop in January.

To listen to Almighty Swavve’s music or to follow him on social media, please visit:

LadyBoss Has The Streets Ready for “A Street Reflection” @paladyboss

LadyBoss, the rising home bred Philly spitter, is back once again with some new heat! After building a nice

GoldMoney Grillz, is a small custom jewelry company. It was established in 2017 created in different locations in Florida