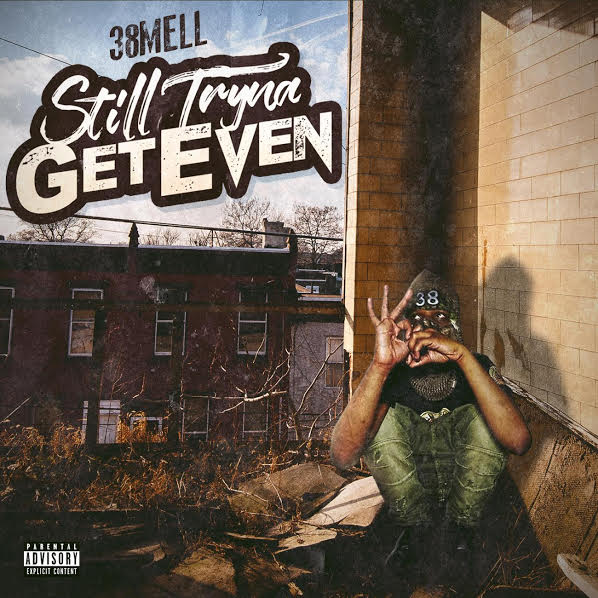 In preparation for his Still Tryna Get Even project, which releases Friday, October 13, 2017, 38Mell is releasing a new song called “Lord Knows”. He also previously three music videos, “Side Street,” “Odds,” and “Starve or Ball” which have all been released in support of the project.

But it all started after his release from custody at the Louisiana Juvenile State system where 38Mell began to record at a feverish pace for 15 months straight.

Living as an orphaned teenager trying to find his way, moving in and out of the Louisiana juvenile justice system, 38Mell tells stories based on his life in the streets on North 38th St. in Baton Rouge, Louisiana.

“I got started with music about 15 months ago after my release from juvenile state custody. I had been in there for like 8 or 9 months because me and my best friend went on a high speed chase a month after my 16th birthday,” 38Mell explained.

Living in this environment, 38Mell hopes to bring inspiration to those facing tough circumstances similar to what he faced as a teenager trying to find his path in life.

“I want people to hear my story, and know my struggle. The AIDS, conviction, poverty and murder rates are at all time highs here in Baton Rouge, so where I’m from death and destruction come from all angles,” he said.

Rising above the tragedy 38Mell looks to inspire fans once again with his Still Tryna Get Even project, which releases Friday, October 13, 2017.